These aren't the only lists Robert has written - as his own words in the article state himself, there are the 'A' lists in the consumer's guide books, and I've seen other lists on his website. But from this page:

Top ten 1990s albums (he notes that four of the albums are put together of previously uncompiled old music and "one reconstitutes even more obscure thrift-store stuff," adding "Only the Sonic Youth and Nirvana, plus maybe the heavily sampled Latin Playboys, are "new"/"progressive."")

Top ten 1960s albums (In order, but with no artist repetitions and no jazz, as he thought that would be too hard) 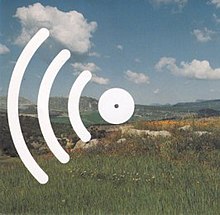 I don't know, he didn't clarify.