The way this game works is that you will be given a set of six songs, your job is to rank the set from best to worst. First place gets 6 points, second gets 5 etc.

Thread for the Draw

All are great.
Top

All deserving finalists and not easy to rank.
Top

Thats an interesting and unexpected set of finalists

Aside from my selections, here are my top 10 of the tournament:

1. Ludus | The Escape Artist (the album is also well worth checking out)
2. The Pale Fountains | Palm of My Hand (was already bubbling under on my AT list)
3. Kammerflimmer Kollektief | Lichterloh
4. The Lijadu Sisters | Cashing In
5. Jain | Come (knew this before, a welcome surprise to see it nominated)
6. Värttinä | Tauti
7. Model 500 | Astralwerks
8. Yamasuki | Aieaoa
9. Jenny Wilson | FOREVER IS A LONG TIME
10. Michaela Melián | Sebastian
Waat a liiv an bambaie when the two sevens clash
Top

Rokia Traoré | Dounia
Jenny Wilson | Forever Is a Long Time
Talk Talk | Tomorrow Started
Chet Baker | No Problem
Regina Spektor | All The Rowboats
Nujabes | Peaceland
"The first word in this song is discorporate. It means to leave your body."
Top

I spent part of my days of confinement updating the pictures and links of old posts of mine, and everytime I stumbled upon old Unacclaimed threads (like this one or this one) I couldn't help but think that the songs from the previous games were better than the ones from this year. So I wanted to write comments along these lines when I listened again to the six songs on the final and I had to change my mind. We have (again) a wonderful final that showcases (again) the open-minded attitude of the forum.
Half male/half female acts (3/3), a wide geographical distribution with four continents for six songs (with songs from Japan, Sweden, Russia/USA, UK, Mali and USA), a temporal arc of 38 years (from 1980 to 2018, mean 2000) and a wide stylistic palette from Cool Jazz to Jazz Rap, from Art Pop to Modern Mande Music. Yees, I love this forum!!
Every song is outstanding but the game is about ranking them, so…

6 | Nujabes | Peaceland | 2003
The Jazz Rap soundscapes of the Japanese producer Nujabes are remarkable, with elegant arrangements that creates an hypnotic atmosphere. Love the way he applies effects achieving a sensation of disintegration on the second half of the song.

5 | Regina Spektor | All the Rowboats | 2012
Imaginative and arty arrangements (particular mentions to the quirky piano and the booming drum sound) for a piece about art, about paintings locked up in museums ("public mausoleums"). "It's their own fault for being timeless," Regina says.

4 | Jenny Wilson | Forever Is a Long Time | 2018
Listening to the arrangements going from restrained to expansive (like going from darkness to light), exploding in a glorious chorus ("stay with me"), I got the sensation that the song could be a perfect album closer. I checked and… bingo! This is the song that closes the "Exorcism" of the Swedish electronic artist Jenny Wilson. I should definitely listen to the whole album.

3 | Talk Talk | Tomorrow Started | 1984
The real surprise here is the fact that this song is eligible for Unacclaimed, in my opinion the second album of Talk talk definitely belongs in the Acclaimed Music Top 3000. There's much more on this album than the two (superb by the way) singles, "It's My Life" and "Such a Shame." A song like "Tomorrow Started" is founded on the Synth-Pop sound of the early Talk Talk offerings but includes some Jazz influences (like the fretless bass or the trumpet solo) that foreshadow the sound of posterior albums. But what's more remarkable is the melancholic ambiance and the passionate singing of Mark Hollis (I recommend a live version in 1986 to see how Hollis sing his heart out, https://www.youtube.com/watch?v=OcA8C38311A)

2 | Chet Baker Quartet | No Problem | 1980
This is obviously the less innovative track of the final but I can't help but putting it at #2. A song from his comeback period after hitting his lowest point during a whole decade because of his drug addiction and the losing of his embouchure (he was beaten up after a drug deal, losing a tooth, not being able to pay trumpet for many years). His late 1970s and early 1980s albums found him playing exactly in the same style that made him famous in the 1950s, West Coast Cool Jazz. And brilliantly like in this piece, written by pianist Duke Jordan (that plays also an excellent part). The rhythm section (including the Danish bassist Niels-Henning Ørsted Pedersen) goes fluidly from the quasi-Latin rhythms of the main theme to the Swing beat with walking bass on the solos. But the star here is Chet Baker, with his trademark natural playing, "mostly avoiding the extremes of his horn's range and focusing on its middle, the frequency band where his melody lines could evoke a human voice" (Mark Richardson for Pitchfork). 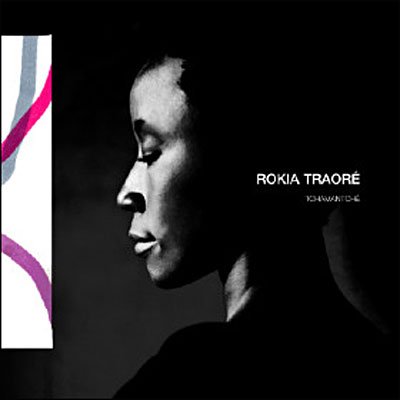 1 | Rokia Traoré | Dounia |2008
I'm delighted to have Rokia Traoré on the final, moreover when she only got to semi-finals thanks to the repechage. She lost on Heats section to Jain's "Come", something that prompted a grumpy old man comment from me on the lines of "I don't recognize my forum." To my surprise Rokia won easily the semifinal, with 24 more points than the second song qualified.
"Dounia" (and the parent album "Tchamantché") is a long favourite of mine since I discovered it for the 2008 end-of-year poll of this forum (from the times when I participated on these end-of-year polls). It's an album that, even if initially received some acclaim (especially from The Guardian), now it seems to be completely forgotten both for critics and audience. It does not even have a Wikipedia entry.
Unfairly I should say. Rokia in this album base her sound in electric guitar (a vintage Gretsch guitar) played exquisitely by herself. This fact give a Western (Rock if you want it) foundation but she does not forget her roots for a single moment, adding breezy percussions and traditional African instruments like kora or n'goni (a traditional West African lute). Mostly sung in Mambara (but with two songs in French and one in English), the voice of Rokia is another weapon. She sings beautifully throughout the album, mostly restrained and whispering but occasionally raising her voice and adding delicious harmonies and call-and-response dynamics.
About "Dounia" the thing I like the most is the tight interaction between modernity and tradition, showcased in the way the mysterious sounds of the electric guitar (sometimes reminding me of Radiohead's "Climbing Up the Walls") and the wonderfully traditional sound of the n'goni melt, especially from 3'40" to 4'02". And of course Rokia's voice, going from whisper to growl.

Let me end by quoting Banning Eyre for NPR. It's impossible to say it better:
""Dounia," the opening track, tells the whole story. Traore always stood out as a West African female singer who also plays guitar. Here, she trades in her usual acoustic axe for a vintage Gretsch jazz guitar and matches its dark tones with a moody, whispering melody.
In "Dounia" — meaning "the world" — Traore touches on the themes of Mali's traditional praise singers, who belt out mighty proclamations about life's inevitable course. "No one can see, [even from the highest point of existence] what tomorrow will be," she sings. "Days that are honey sweet? Days that taste of gall? ... Hours of glory, hours of disappointment." But her mode is less assured than the griots, more delicate and mysterious. With this introspective mood established, Traore's ensemble joins in, led by a traditional lute.
Traore's meld of African and rock aesthetics is understated and as comfortable as it is cool. In this one song, her vocal style shifts from an opening whisper to bird-like cooing and ultimately a growling crescendo in which she laments the remoteness of the heroes who built the great societies of the past — as she puts it, "the story of an Africa we miss." It's the work of a mature artist who embraces the contradictions of her African ancestry and looks ahead with hope, but also a poet's wariness."
Top

Don’t forget to vote!
"The first word in this song is discorporate. It means to leave your body."
Top

Jenny Wilson made it to the finals twice in a row... is there anything we can do to get the critics to start paying her attention???
Splish splash, I was raking in the cash
Top

24 hours remain!
"The first word in this song is discorporate. It means to leave your body."
Top

Thanks to everyone who has voted, nominated, or otherwise participated in this tournament!

Provisional starting date for Unacclaimed VII will be 4th January 2021. It's never too early to start planning lists!
"The first word in this song is discorporate. It means to leave your body."
Top

Wow, I didn't see it coming! So glad to see Rokia Traoré as the winner, that's great!
Thank you very much, Bang Jan! You did an excellent work as host.
Top

Thanks for organising, Bang Jan- fantastic game with a fitting winner (my 11th favourite entry I didn't contribute)! Especially enjoyed all of rumpdoll's and Honorio's selections