The way this game works is that you will be given two sets of four songs, your job is to rank each of the sets from best to worst. First place gets 4 points, second gets 3 etc.

Thread for the Draw

Suicide (Remix)
"The first word in this song is discorporate. It means to leave your body."
Top

Disappointed to have slipped on the last group, hopefully not this week:

No psychoanalysis this time, I promise.

Off The Nightingales‘ last album before their temporary breakup (they eventually got back together) titled In the Good Old Country Way. Naturally just hearing the title of the album you could expect a country band playing old songs when music was actually good. Instead you get a British post-punk band with a good song. The components are all brought together beautifully to create a cohesive whole. The band has a standard a pretty standard line-up with vocals, guitar, bass and drums but their guitarist also plays the viola and one other bandmember plays the violin. Strings are used in the song, but I can‘t tell you if it‘s a violin or a viola (or both?). Robert Lloyd‘s vocals have a sermon-like quality to them since he uses a similar intonation for all of his lines.

Elisa JO – Back Around
Year: 2012
Album: Colours in My Mind (in another version with a Rizzle Kicks feature)

Elisa JO is a French singer born in 1993, which makes her 19 at the recording of this song. That‘s pretty interesting because you would expect a person of that age not to be singing of nostalgia. The lyrics here an important part, so I‘m gonna focus on them. At first I thought she herself would feel nostalgic for the ‚60s and ‚70s, which isn‘t impossible even though she didn‘t experience them. But listening a second time I realized that she never actually sings about herself but about other people sitting around „praying hard for the old sixties“ or „wishing on seventies“. She seems to agree that it looks pretty nice and that the memories the people she talks about associate with that time („back to what money just can‘t buy“) are positive. Her voice is pretty nice and helps the delivery of this pop song. She also refers to the Beatles („strawberry fields“), so that‘s something.

This is a really great spiritual bursting with power. Most of it comes from Chi Coltrane‘s voice, but the gospel choir in the back certainly helps. There‘s also variation throughout the song, which enriches the experience of it. All comes together to create a great song.

There is a certain kind of reggae music I like, but this just doesn‘t seem to hit with me.

The name of this group is really great. It combines the German word for ventricular fibrillation with the word for collective, the last part of which is also written like the word for deep. „Lichterloh“ means something is burning completely. The song itself combines elements of jazz with electronica, creating a unique soundscape I really liked getting lost in. This does not feel like seven minutes.

Regina Spektor – All the Rowboats
Year: 2012
Album: What We Saw from the Cheap Seats

I don‘t know if this is true, but it seems like Regina Spektor watched one or two of the Night at the Museum movies and thought the idea of the exhibits being conscious things was pretty cool, so she decided to write a song about it. However, „All the Rowboats“ takes a darker approach. If it is true, that a painting is a conscious thing, being locked up in a museum is suboptimal. The piano and singing is pretty nice, but the percussion at the beginning and the end is a bit irritating (maybe because she emphasizes it with her voice, which sounds kind of strange).

I don‘t dislike this, but I don‘t think I‘m gonna listen to it again.

This a really great song, but if I were to write something about this it would probably take me the rest of the evening and I don't want to do that right now, sorry. 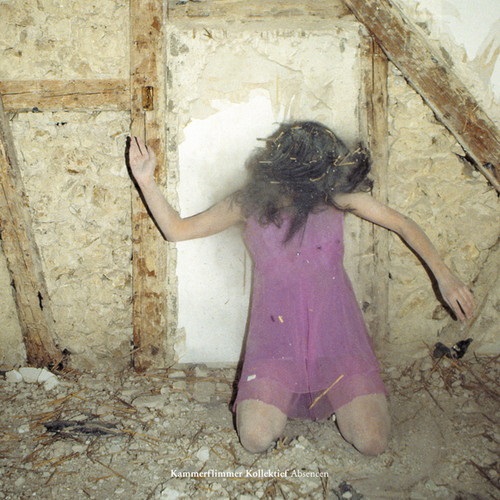 
Do you make a contest with Moonbeam?

JEAN-LUC GODARD GROUP
Elisa Jo | Back Around - Reminds me a lot of the old Sia pre-Chandelier. Very nostalgic for that sound.
Chi Coltrane | Go Like Elijah - Oh god it's cheesy but it's exactly my sort of cheese.
Big Youth | Some Like It Dread - I was surprised I quite liked this!
The Nightingales | Coincidence - No thanks

Naah, that's an impossible task, I'm only replacing the director's names by their acclaimed movies...

BTW, I think a week is way too long for each round. There's no continuity because by the time the next heat comes out I've forgotten all of the songs from the last heat. I'd like to see each heat go 3 or 4 days.
Top

JEAN-LUC GODARD GROUP
4. Chi Coltrane | Go Like Elijah
6. The Nightingales | Coincidence
7. Elisa Jo | Back Around
8. Big Youth | Some Like It Dread

Nice to see my second pick do so good

JEAN-LUC GODARD GROUP
1. Elisa Jo | Back Around
2. Chi Coltrane | Go Like Elijah
3. Big Youth | Some Like It Dread
4. The Nightingales | Coincidence

24 hours remain!
"The first word in this song is discorporate. It means to leave your body."
Top