Welcome to Round 3.4 of Moderately Acclaimed Albums 2019.
Vote for your favorite album in each match-up.
Remember, anyone can vote as long as the voter has heard both albums.

Good-spirited comments are encouraged, but not absolutely necessary.
Deadline = October 15th at 10am EST.

It's getting near dawn,
When lights close their tired eyes
Top

7. vs. 4The Sound - Jeopardy
I like both. I prefer The Sound by a good marging.
Top

Strongest week of Round 3 since the first!
Before he spoke, his suit bespoke
Top

My two favorites this week are in the same match (4).
Top 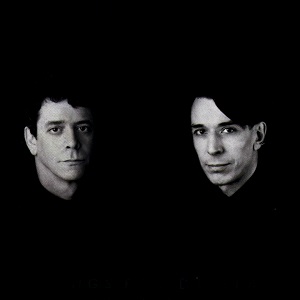 6. Echo and the Bunnymen - Crocodiles (1980) vs. 4. Fiona Apple - The Idler Wheel Is Wiser Than the Driver of the Screw and Whipping Cords Will Serve You More Than Ropes Will Ever Do (2012)
This has been my first exposure to "Crocodiles," strange when the Bunnymen were one of my favourite bands during the 1980s (I owned three albums and saw them live in 1984). The elements I loved then were already in place but they made better things later. Instead, the last installment of the short but brilliant Fiona Apple discography is in my opinion her best effort. Raw is the word that appears most frequently on the Wikipedia selection of review quotes. So my vote goes to raw Fiona…

3. Pink Floyd - Animals (1977) vs. 1. Lou Reed/John Cale - Songs for Drella (1990)
"Animals" would be my second to last Pink Floyd album of the 1970s in order of preference (only after "Obscured by Clouds") but they released only masterpieces on that decade. Maybe the lyrical content is cliché but certainly not the music, with complex structures and layered sounds. Just the opposite of "Drella," musically a sparse affair but lyrically a brilliant (and roughly chronological) tribute to Warhol, completely devoid of sentimentalism but showing affection, admiration and respect.

7. The Boo Radleys - Everything's Alright Forever (1992) vs. 5. St. Vincent - Marry Me (2007)
Like I told before, Boo Radleys are one of the few shoegaze bands I like, mainly because amidst the dreamy-noisy atmospheres typical of the genre they retain a pop core, with some sixties harmonies and even some jazzy-bossa chords now and then. But I prefer St. Vincent debut, with most of her music traits already in place from the very beginning, with her unique brand of art pop making here its first steps firmly. Take the title track as an example, equidistant between sweetness and weirdness.

2. Heatmiser - Mic City Sons (1996) vs. 8. The Sound - Jeopardy (1980)
When I began to listen to "Mic City Sons" on Round 1 I thought "these guys sound a lot like Elliott Smith." A quick google and I realized that Heatmiser was Smith's original band. So I was no surprised to find Smith jewels like "Plainclothes Man" or "Half Right." The main surprise was Neil Gust, his songs were almost as good as the Smith ones. On the other hand, I hate to put The Sound last again, especially when "Jeopardy" is a vivid snapshot of the moment when new wave pop morphed into goth rock.
Top


A rather polarized week for me - but all the winners are classics !

I remember that in round 2 I thought the last week was outstanding. You see this in these results, with the second placements winning each time. My favorite album of whole round 3 is Songs for Drella, but it seems it will be completely annihilated by Animals.
Top

Im not gonna vote because I simply havent heard enough from all but considering my love for Animals, Animals is the best one here in my opinion. Pink Floyd's magnum opus.
Depeche Malone Head Day
Top

6 | Heatmiser | Mic City Sons
1 | The Sound | Jeopardy
"The first word in this song is discorporate. It means to leave your body."
Top