This song doesn't excite me at all; it all just seems very bland. I also don't generally care for lyrics, but why make a song about Tinder if you're 'swiping left' on everyone (except the 'married couple') anyway? I especially have no idea what (swiping left on) Tinder has to do with women's rights.

I think you miss the humor here: the lyrics here are sort of joke. The song is stylistically identical to the riot grrrl sound of the early nineties, but with the Tinder subject it gets updated to 2015. It isn't about Women's Rights per se (I'm also not sure if you should see the album title as a statement for every track), but like a lot of riot grrrl songs it deals in emasculation. The singer here
mocks the various ways the man pose themselves as desirable on Tinder. Besides all this, I think people in general swipe left more than right. Why the married couple then? Well, there is a woman there, plus it is not heteronormative (as well as funny). Yes, this is a very political genre.

I like riot grrrl in general, but this is not one of the sharpest or musically most inspiring of them. Still, it is fun and it short length assures that the jokes doesn't go on for too long.
My vote: 6.

I know that it's supposed to be a joke, I think that it's a real bad one; It makes it even worse for me. I was just mostly writing something to alleviate me a little while listening through it more than once. But in the end I scored it for what I thought of it's musical contents, the lyrics just left an extra sour aftertaste. This music/genre just really does not seem to be for me, which is completely fine, and I still had yesterday's song left, which I thought was great.
Festina Lente
Top

Don’t forget you can always vote for earlier songs or change your vote!

Stone Sour – Say You’ll Haunt Me: 5
I feel like that
Top

132. Kebnekajse - Förberedelser till fest
I really like everything you choose, Fred. I love here the little delirious and ultra-fast passage. To tell you the truth, that's exactly what I expect from this "game", nice little discoveries like these. 7.5/10

135. Childbirth – Siri, Open Tinder
Well nervous as it should be but not surprising enough to stand out from the crowd. 5.5/10

The Libertines - Up the Bracket: 8

Kind of surprised this was in my list. Was one of my very favourites a few years ago, but fell a bit out of favour. Still a fun song, and my favourite by the Libertines.

I liked this one, simple and catchy.
Top

This one is from 2010, but if it was released in 2000 it might have been a huge hit. It sounds rather typical of the hard rock that was big with boys in my class at the time. It has over 24 million streams on Spotify, so it seems to have found it's audience. It's not a bad example of its style at all.
Top

The Libertines - Up the Bracket: 4
Top

The next song is bubbling on AM:

Héctor Lavoe – El Cantante: 5
I feel like that
Top

The next song ranks at #6901 on Acclaimed Music:

Laurent Garnier – The Man With the Red Face: 5
I feel like that
Top

Laurent Garnier – The Man With the Red Face

Héctor Lavoe – El Cantante: 7
A sort of ambitious, sweeping epic that at the same time doubles as a sort of half African, half Spanish celebration rhythm track. Quite appealing actually.

Laurent Garnier - The Man With the Red Face: 6
Also ambitious, but more clear on what it is: a dance track. In contrast to much of it kind there is enough going on to keep me engaged till the end.
Top

Liza Minnelli – The Travelin’ Life: 5
I feel like that
Top

137. Héctor Lavoe – El Cantante
Very pleasant to listen to, especially when this is not what you usually listen to. The orchestra is really nice (especially the strings) 7/10

138. Laurent Garnier – The Man With the Red Face
Oh, yeah?! I don't know this artist well enough, I didn't know he was doing this kind of thing at all. It's really nice this electro-jazz! 7/10

139. Liza Minnelli – The Travelin’ Life
She has a great voice for sure but the song itself doesn't touch me, too much "musical comedy" for me. 5/10
Top 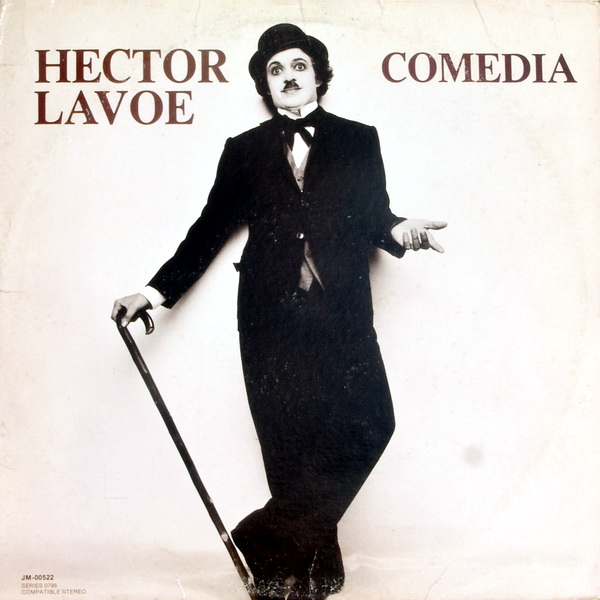 Laurent Garnier – The Man With the Red Face:

One of the all-time techno classics, and one of the few dozens or so to get a ranking on AM. According to this article, Garnier got the idea to mix electronic beats and jazz when he was invited to play at the Montreux Jazz Festival in 1998 and found it disrespectful to just play techno at a jazz festival. He teamed up with a saxhophonist called Finn Martin, who more or less improvised what would become the base of The Man With the Red Face at the festival (you can watch that performance here). Later Garnier decided to record the then unnamed track in the studio and put it on his next album, albeit with a different saxophonist called Philippe Nadaud. This poor fella was pushed by Garnier to play harder and harder ("Chauffe, Marcel!", anyone?) until his face got sweaty and red, thus inspiring the track's name.
Stylistically, this track is interesting not only because of the fusion of techno and jazz, but also because it relies so much on the build-up that goes on for more than four minutes. Even when the four-to-the-floor beat drops, which happens only two times for a little more than a minute, the track retains a certain suspense. It doesn't really give you the release you are waiting for the whole time, and then it is already ebbing away again. This deconstruction of traditional techno in a twofold sense leads to the track almost always being a focal point on a DJ set. And of course the saxophone playing is just awesome. If anything, the track is a little overplayed, and that's why it gets an:

Vampire Weekend – I Think Ur A Contra

137. Héctor Lavoe – El Cantante 7 - lasts a bit too long. However, a perfect representation of South American music.
138. Laurent Garnier – The Man With the Red Face 7.5 - I join my fellow forumers. This is a good track.
139. Liza Minnelli – The Travelin’ Life 4

Vampire Weekend – I Think Ur A Contra: 8.5
I feel like that
Top

Liza Minnelli - The Travelin' Life: 6
Kind of fun showtune of the kind that her mother specialized in too. Not a stand-out of it's kind, but good.

Vampire Weekend – I Think Ur A Contra: 5
Not bad, but feels a bit hollow out of context, as if something is missing.
Top

Fugain et le Big Bazar – Une Belle Histoire: 7
A classic and a very pleasant song with a lot of warmth. I grew up with a Dutch translation of it by Paul de Leeuw and G.J. Alderliefste that tried to oversell the pleasantness and which I hated, but the original by Fugain can't be blamed for it.
Top

The Vampire Weekend song needs listening to again - get the feeling it might be one I really like...
Who put the bomp in the bomp ba bomp ba bomp?
Top

The Magic Numbers – A Start With No Ending: 6
I feel like that
Top

The Magic Numbers – A Start With No Ending

The Magic Numbers – A Start With No Ending: 5
Fine, but ultimately a bit forgettable indie track.
Top

Today the first video game track, although it is a remix that is not from the actual game (which would be Phoenix Wright: Ace Attorney – Trial and Tribulations). It might also reveal something about the user name of it’s nominator.

Noriyuki Iwadare – Godot – The Fragrance of Dark Coffee [Jazz remix]: 5
I feel like that
Top

Noriyuki Iwadare – Godot – The Fragrance of Dark Coffee [Jazz remix]: 6
A title like this makes you think of lounge jazz and that is what we get here. Jazz for coffee shops. Pretty good.
Top

Because I'm not sure I will have time to post tomorrow's song at an early time, I will post it now along with today's song:

The Verlaines – Slow Sad Love Song: 6.5
I feel like that
Top