Welcome to the round 1.5 of Moderately Acclaimed Albums 2019!

You feel alright when you hear the music ring
Top

Woodface
At Last!
Paris, Texas
Us
Music is a world within itself, with a language we all understand - Sir Duke (1976)
Top

The first time I heard Colin Stetson he was opening for an indie rock band at the venue then called Avalon now House of Blues Boston. I forget who, may have been TV On The Radio. One guy playing the saxophone that sounded like three separate melodies, it absolutely blew me away. That was before Vol 2 even came out. Nothing else sounds like it, and it's the best avant garde jazz I heard. It's risen as high as my top 50 AT.
Top

1. Elliott Smith - From a Basement on a Hill vs. Crowded House - Woodface
2. Etta James - At Last! vs. Goldfrapp - Felt Mountain

Felt Mountain is a good discovery that I added to my all-time list.
I feel like that
Top

Favourite song of the week: Elliott Smith | King's Crossing
"The first word in this song is discorporate. It means to leave your body."
Top 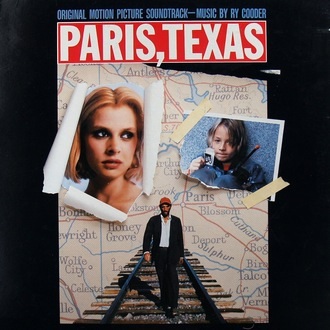 Favourite song from every album:
Pretty (Ugly Before) | Weather with You | At Last | Lovely Head | Lord I Just Can't Keep from Crying Sometimes | Canción Mixteca | Digging in the Dirt | Can't Leave the Night

1. Elliott Smith - From a Basement on a Hill vs. Crowded House - Woodface
Elliott Smith is a favorite of mine, and while this isn't his best album, it's still great.

2. Etta James - At Last! vs. Goldfrapp - Felt Mountain
Goldfrapp is less consistent, and didn't have a song as great as "At Lelst" on it (though "Utopia" comes close).

Yeah, I can't even make a decision for half of these. And I think that's my queue to cease participation, for the time being. This whole schedule isn't really working for me right now. Besides, I've got hundreds of albums on my wishlist to listen to.
"Music is powerful, man. It speaks to a primal pit in our brains. It makes anyone want to get up and get their knees going!"
— Jake the Dog
Top

I expected it, but this is the first week I couldn't listen to each album twice, but the three I did got a review:

Elliot Smith – In a Basement on the Hill
The trick of a good singer/songwriter is first to be a good writer, but second to be a great singer. In this genre, I have noticed that for me a “a great singer” entails not necessarily the most beautiful or technical voices, but a way of conveying the lyrics that gives them extra meaning. Even if the lyrics are not necessarily stories, the singer tends to be a storyteller.
I think that last year, when Figure 8 appeared in this same poll I said I couldn’t get into Elliot Smith and didn’t know why. This has been puzzling me for a long time, since he is extremely beloved as a singer/songwriter. I mean it without any sense of mockery when I say that people who know the music of Elliot Smith tend to talk about him with a sad fondness, as if about a deceased brother to whom they felt particularly close. Most of all, people just really like Elliot Smith and I sense that there is a very personal connection there, as if he could evoke the feeling that he was part of your crowd.
Still, I fail. I think Elliot Smith is a decent singer/songwriter with a nice voice, but I am not captivated and have a way of losing my attention halfway through a song, which doesn’t happen much in general, regardless of genre. He works in a genre I love dearly so maybe he will click with me in the future, but not yet today. So I was mulling over why it didn’t work. Not only didn’t In a Basement on the Hill not convince me of his brilliance, but it is perhaps his weakest album, one that feels like it could use some trimming, to keep things from getting monotonous (who knows how much this resembles the final product if Smith had lived to finish the album).
What I just lack sometimes is that storytelling essence that I started with. Smith’s voice is beautiful and almost naturally tuneful, but he tends to sing every song the same way, with a drawn-out last syllable in almost every line. The three songs that change his singing style the most – Coast to Coast, King’s Crossing and Memory Lane – are my favorite, because they have more personality on their own. Shooting Star promises another change through it’s music, but once Smith starts singing it turns out to be a false promise.
But what do I know? Most people seem to love Pretty (Ugly Before) the most, while I think it might be his worst song. Clearly I don’t get Elliot Smith.

Etta James – At Last!
There is power in the voice of this woman, as is well known. Like Aretha Franklin this can lead to strong performances, but like Franklin, this is one of those artist who I prefer to here in small doses. I’m not the biggest fan of belters, songs in which the voice is mostly used a sort of shout. In most songs, James gathers all the breath she can manage and let’s the words come out in loud volumes that reach the borders of what is humanly possible. It’s impressive and Etta James can do it in a truly musical way as well a with feeling (in contrast to someone like Whitney Houston, whose cries always seemed empty to me). But personally, I don’t need a full album of that. I just get weary of it at times.
That’s not say there aren’t some great pieces here. The most famous ones are not just the best, but also use her vocals in the most inventive ways. The title track is a piece of beauty and maybe the best song in this power soul style. All I Want to Do Is Make Love With you allows James to have a lot fun and be sexy, which is welcome in the middle of a collection love won and love lost ballads. In short, I can easily see why this is a classic among fans of soul. It’s not going to be a personal favorite, but some of these songs will surely pop up in my playlists every now and then.

Colin Stetson – New History Warfare Vol. 2 : Judges
Like Jirin, hearing Colin Stetson live has made an impression, although I heard him much later; two years ago in support of his All This I Do For Glory album. Stetson has such a peculiar sound, somewhere in between jazz and post rock, without quite going for the appeal of either. It is a very dark and brooding sound, physically heavy when you hear it played live, with the loud drones that come from his saxophone seeming to shake your bones (not metaphorically, but literally). No wonder he is now scoring horror films. I’ve become something of a fan. That it is hardly music for every occasion is in his case a plus.
New History Warfare Vol. 2: Judges seems to be his most admired work (even if he is too under the radar to really have something like that yet) and it is perhaps the best introduction. Not because it is more accessible, but it showcases his various styles. It is his most varied album, not in the least because he uses other instruments more than usual (not counting Sorrow, which is an outsider album from his career; although that one is my favorite). Some songs even seem structured! Let’s not forget the guest turns by Laurie Anderson, because her storytelling style fits right in with this sound. There is even some singing, courtesy of Shara Worden. Despite all this, I feel that the compositions on All This I Do For Glory were richer, but that hardly makes this a latter album.

If any of the other ones wins I review them next week. Still, I listened to these others once and the choices were not that hard, except for the Stetson/ Cooder one.