Welcome to the round 1.1 of Moderately Acclaimed Albums 2019, where we take a journey through 128 "moderately acclaimed" (and perhaps somewhat less acclaimed) albums over the next several months.

It all starts here!

Good-spirited comments are encouraged, but not absolutely necessary.
Deadline = April 2nd at 10am EST.

Also, deadline for Predict-It bracket is 3/31, so feel free to enter your predictions though the end of the month!

Get the Party Started!
Top

1. Fiona Apple - Tidal vs. David Bowie - Young Americans
I feel like that
Top

Favourite song of the week: Tom Waits | Ruby's Arms
"The first word in this song is discorporate. It means to leave your body."
Top

So it begins... And all my non-AM related music listening ends.
Top

Rob wrote:So it begins... And all my non-AM related music listening ends.

At last! Here we go.

1. Fiona Apple - Tidal
2. Tom Waits - Heartattack and Vine
3. Margaret Glaspy - Emotions and Math
4. Pet Shop Boys - Concrete
Music is a world within itself, with a language we all understand - Sir Duke (1976)
Top

The link somehow got messed up for the Goa Mix; the full link is here
Top 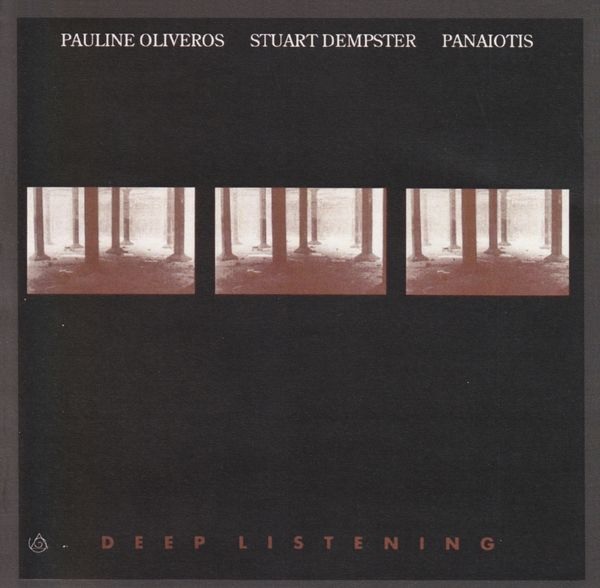 1. David Bowie - Young Americans (This was a tough pick as Tidal is awesome but for me, Bowie trumps almost everything)
2. Tom Waits - Heart Attack And Vine
3. Margaret Glaspy - Emotions And Math
4. Pauline Oliveros - Deep Listening
Last edited by madzong on Thu Mar 28, 2019 6:04 am, edited 5 times in total.
Top

1. Fiona Apple - Tidal vs. David Bowie - Young Americans
2. Tom Waits - Heartattack and Vine vs. Le Tigre - Le Tigre
3. Paul Oakenfold - Goa Mix vs. Margaret Glaspy - Emotions and Math
4. Pet Shop Boys - Concrete vs. Pauline Oliveros, Stuart Dempster & Panaiotis - Deep Listening
"Music is powerful, man. It speaks to a primal pit in our brains. It makes anyone want to get up and get their knees going!"
— Jake the Dog
Top


Zut for Fiona, I really like her album.
And Pauline Oliveros is a great discovery.
Top

Le Tigre was the best discovery for me this week, and somehow I had a sweep for the left-hand side!
Don't you know there ain't no devil? That's just God when he's drunk.
Top

These were all surprisingly close for me, great start to the tournament!
Top

4. PET SHOP BOYS - CONCRETE (thanks to whoever nominated this one. definitely worthy of the upper echelon of double live albums of all time. hard to believe I missed it)
Top

8. David Bowie – Young Americans
This album has my favorite song of the week: the title track. That’s actually my favorite Bowie song and is part of my all time top 100. Does that bode well for the rest of the album? Sadly, it doesn’t. I never really thought this was one of the great Bowie albums. It is solid all around, but except the title track and the second half of his cover of Across the Universe it never becomes special. It misses the crazy magic spark that so many of his albums from that era had. Also, Fame is actually one of my least favorite of his classic tracks.

7. Paul Oakenfold – Goa Mix
Hard to rank this one, because I like certain parts far more than others. Goa Mix is by no definition an album – it’s filed as a DJ mix at RateYourMusic and is actually a radio show (the BBC announcements are still part of the mix). I never listen to DJ mixes this was, so at least that is something new. It plays as one continuous piece, without breaks, although every few minute things change up noticeably enough to speak of “songs” (though were a song starts or ends is up for debate). It’s all electronic and danceable, but varied enough. I liked the pieces of film music Oakenfold added, especially because he chose several Morricone tracks and parts of Blade Runner. That’s a big plus for me. There were other great parts too, sometimes it was even transcendental. But there is also a lot of the stuff that I find typical of dance music: beats-focused bits with floaty electronics in between them. We talked about this recently in the Biggest Fan topic, but this does little for me. It never becomes bad or annoying and these two hours aren’t hard to sit out, but in the end it is also not something I would chose to spend some more time with. Still, I appreciate that it is there and as said, some parts where really, really stunning.

6. Margaret Glaspy – Emotions and Math
The genre of the singer-songwriter and especially the female-led variant has been rather fruitful in recent years and I’m surprised how well new artists are able to keep things fresh. Margaret Glaspy doesn’t quite reach the heights of say, Stranger in the Alps by Phoebe Bridgers, I Need to Start a Garden by Hayley Heynderickx or any album by Laura Marling, but is also certainly not on the weaker side of the scale. I’m very sensitive to this kind of thing: the poetry, the soft vocals and the beyond-requirements guitar play. Perhaps it will actually grow bigger after more listens, as many of these type of records tend to do.

6. Pauline Oliveros, Staurt Dempser & Panaiotis – Deep Listening
Such a title promises something. Either you will have a very deep listening experience or the artist is pretentious and just assumed you will. There is another meaning here, even if I don’t know whether it is intended: it feels like you go to some physical deep place. The sound reminds me of traveling deeper and deeper inside a cave. There is a wide feel to it, but at the same time closed off, like in the deep halls of such a cave, where echoes disorient you and every attempt at music can’t help but sound dark. As said I have no knowledge of what was attempted here, but the first track Lear has that strange mix between sprawling and suffocating, as well as the mysterious and foreboding. It is one hell of a track. Sadly, the two songs that follow don’t develop on this sound and actually seem more of a minor variant on it. Considering that they together take up some 27 minutes they really drag the album down, which would otherwise probably take the third or second spot here. But the last track saves it. Nike breaks the mold in an interesting way, by allowing more spontaneity and obvious thrills, while the instrumentation becomes more varied and voices finally appear. The song feels like finally seeing light at the end of a long tunnel and finally returning to the fresh air of the outdoors. It’s the most overtly experimental track here, but also a beautiful way to end things.

4. Le Tigre – Le Tigre
I only knew Deceptacon and that is a song that has become a big personal favorite over time, with it’s wild, non-stop sing-shouting that tries to go every place. The album itself is not quite on par with that song, but it is still a very good ride. I especially like the way the drums keep rhythm while still giving you the illusion that the drummer is just bouncing these sticks whenever she feels like it. Also, the name dropping on Hot Topic is so similar to what LCD Soundsystem did later on Losing My Edge that I almost feel that it was another one of their roundabout references.

3. Pet Shop Boys – Concrete
These guys rarely disappoint and it was nice to hear them on a live record, albeit an unusual one. This was a one-off show with a big orchestra, only for the invited. Too bad they didn’t tour with this, because this sound suits them. The opener, Left to My Own Devices, already one of my favorites is one of those songs in which more is actually more and this version is definitely more. I prefer it to the original recording. From there on it is a show in which the Pet Shop Boys not only showcase how suited their music is for the orchestra treatment, but also what great variety their career had. They don’t settle for the hits, but take a grab out of their whole output, including side projects like a musical, a score for Battleship Potemkin and an original score for Scandal. I bet that for the Boys and their invited guests this was a big trip down memory lane. During the halfway point there are some minor songs if you ask me, although the performances are always good and it picks up speed later on, making this a worthwhile addition to their already great catalogue.

2. Fiona Apple – Tidal
Fiona Apple has yet to set a foot wrong for me and she was already on peak form on her debut – at seventeen years old! I only found out about her age on this record this week and was surprised how extremely mature the lyrics are. Can a high schooler really have experienced life that way already? The loose jazz style, which alternately eludes confident swagger and resigned melancholy, is also distinct for her age, the year she made album in and well, music in general. She would develop this style further on her subsequent albums. These are even better, but that doesn’t mean that this on is minor at all. This one of the great debuts. (When will she release something new?)

1. Tom Waits – Heartattack and Vine
Heartattack and Vine is known as something of an inbetween album, caught between the traditional barroom ballads of Waits early career and the musical explorations that would follow later. Perhaps. I think it is just one hell of a blues rock album. Tracks with a great groove and a crunching guitar get mixed with some heartfelt ballad that Waits had perfected by that time. Few people can sound so at the end of their tether and so alive at the same time as this man can. Best of all is simply that all these songs are gems. Even if some songs approach territory Waits had crossed many times before it doesn’t matter because once again he makes them sound vital. So Saving All My Love For You becomes a Tom Traubert’s Blues with a romantic angle, while Jersey Girl seems Waits wanting to convince everyone he is Springsteen (the song was covered by Springsteen himself eventually). Even the instrumental track – In Shades – is a lot of fun. This is far from the most innovative album of the week, but I can’t help myself: this is clearly my favorite.


Here a more simple overview of my votes:

Less than 2 hours left to get your votes in!
Top

Didn't expect my pick to do so well. My full list was made of ambient(ish) albums so I would not bet on any of them, glad to see some love here !
Top