The way this game works is that you will be given a set of six songs, your job is to rank the set from best to worst. First place gets 6 points, second gets 5 etc.

1. Im nin’alu
2. American Dream
3. Someone Somewhere in Summertime
4. You’re Gonna Make Me Lonesome When You Go
5. Blue Hotel
6. Red Rain
Music is a world within itself, with a language we all understand - Sir Duke (1976)
Top 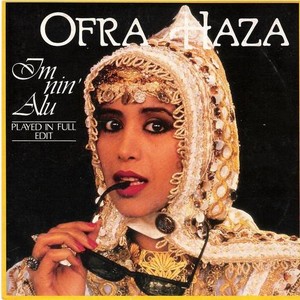 Don't forget to vote!
"The first word in this song is discorporate. It means to leave your body."
Top

80's production runs supreme here, even if Dylan and Haza try to give some counterweight. Not my dreamed finale, but these are very good songs nonetheless, although Someone Somewhere in Summertime doesn't do anything for me.
Top

21 hours until the final results are revealed!
"The first word in this song is discorporate. It means to leave your body."
Top

Thanks to everyone who voted or otherwise participated in the tournament!

Also, is there going to be another edition of Unacclaimed starting soon? We haven't had one in a while and it's one of my favourite tournaments in this forum.
"The first word in this song is discorporate. It means to leave your body."
Top

A deserving winner! Thanks for running this, Bang Jan!
Music is a world within itself, with a language we all understand - Sir Duke (1976)
Top

Yes indeed, a deserving winner. The song set music to a poem by 17th Century Rabbi Shalom Shabazi whose first words are "Im nin'alu daltei n'divim daltei marom lo nin'alu" ("Even if the gates of the rich are closed, the gates of heaven will never be closed"). Ofra Haza recorded three different versions and there are a lot of remixes. The first version appeared on Israeli Television on 1978 by the Shechunat Hatikva Workshop Theatre, group that released three albums during the 1970s and had Ofra Haza as lead singer. Love this first folky version.
After this TV appearance Ofra Haza released 7 solo albums but she waited to record "Im nin'alu" for her eighth album, "Shiri Teyman" ("Yemenite Songs" aka "Fifty Gates of Wisdom," 1984). This first released version includes contemporary production but is far more traditional than posterior versions.
British duo Coldcut made a remix of Erik B & Rakim's "Paid in Full" that included samples of "Im nin'alu" that gave the song a wide international exposure. This remix was called "Paid In Full (Seven Minutes of Madness - The Coldcut Remix)" (1987) and it's an splendid example of early hip hop with impressive use of samples and scratching.
After this increased exposure, a remix of the song made by Izhar Ashdot including electronic arrangements was released in 1987. This remix was a huge success, topping the charts in several countries (in West Germany it was #1 during 9 weeks in the summer of 1988) and, according to Wikipedia, "the single reportedly sold some three million copies worldwide, making it one of the first world music recordings to cross over to mainstream pop chart success." This remix was included on her first worldwide released album, "Shaday" (1988).
In 1997 Ofra Haza re-recorded the song for her album "Ofra Haza." This last version was called "Im Nin' Alu 2000" and in my opinion is the least interesting, offering only an update of the sounds already present on the 1987 version.

Agree with that! Thank you very much, Bang Jan!
Top

Thanks for that Honorio. I knew I had heard a folky version somewhere long ago, but it had come to seem like a false memory. My preference is for the 1984 version, good choice to put that one on the playlist Bang_Jan - and thanks for running the whole show.
Top
Post Reply
21 posts • Page 1 of 1