Welcome to the round 1.13 of Moderately Acclaimed Albums 2018!

Good-spirited comments are encouraged, but not absolutely necessary.
Deadline = June 19th at 10am EST.

As Heard on Radio Soulwax Pt. 2

Favourite song of the week: The Knife | Heartbeats
Last edited by Bang Jan on Tue Jun 12, 2018 9:51 pm, edited 1 time in total.
"The first word in this song is discorporate. It means to leave your body."
Top 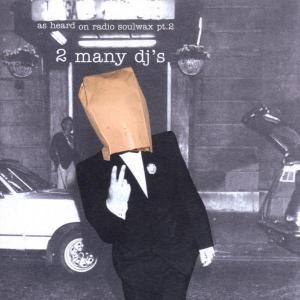 All very close for me this week. Didn't vote in the other matchup because I couldn't find it on either Spotify or a good Youtube version for Soulwax.
Top

I don’t think this link is quite right. The tracks are mislabeled and cut off at the wrong times. I found a good Vimeo link: https://vimeo.com/93039571
"Music is powerful, man. It speaks to a primal pit in our brains. It makes anyone want to get up and get their knees going!"
— Jake the Dog
Top

This was really hard this week! I feel like all the albums were surprisingly great so my choices are probably pretty dubious at this point. Kudos to the nominators!
Top

1. The Moody Blues - Days of Future Passed vs. Pixies - Trompe le Monde
I feel like that
Top

Can’t agree with the consensus that this is a particularly good week. It’s certainly not a bad one, but it mostly consists of solid, but to me inessential albums. My two highest rankers really stand out.

8. Melody’s Echo Chamber – Melody’s Echo Chamber
This is an album I should love more, because it seems to fall right in my taste, with it’s dreamy sound and ethereal vocals. Yet twice now it has completely passed me by without making even the slightest impression. Maybe it is too light. I feel that the titular echo sound might be part of the problem. It makes Melody seem not quite there and it doesn’t even quite achieve the atmosphere it might get. The only thing that caught my attention where Endless Shore basically becomes Let It Happen by Tame Impala. Kevin Parker of Tame Impala is the producer and instrumentalist of Melody’s Echo Chamber… Make of that what you will.
By the way, I’m not sure if people noticed, but this very week in which we got to vote for Melody’s Echo Chamber, she released a new album, only her second. Perhaps people who loved this one might like that one too.

7. Songs: Ohia – Didn’t It Rain
Another album I should love more, but don’t. Lo-fi singer-songwriter misery? Count me in! But not this time really. Maybe the album was too lo-fi? Maybe I was in too good a mood for this despair? Who knows, but at least I feel that in contrast to Melody’s Echo Chamber this might be a grower. For now it is only mildly interesting, though.

6. Rufus Wainwright – Want One
In 2007 Rufus Wainwright released the song Going to a Town, a song that despite it’s unconventionality got major airplay around these parts. And I hated every second of it. I couldn’t see the appeal of this guy who sounded like he was nagging and yawning at the same time. Every now and then I would hear another song by this guy somewhere and every time he knew how to get on my nerves. Wainwright’s voice had the same effect on as Bob Dylan’s or Tom Waits’ had on many others: it’s just unpleasant. So now I was forced to listen to this guy for a whole album! And what do you know, it is not the worst of the week. In fact, I kind of liked it. It seems that the more baroque arrangements bring out the best in his voice. He actually creates some good tunes and classy atmosphere every now and then. There are still songs on which he sounds annoyingly like Tom Yorke if Tom Yorke had no deep feeling, but mostly, this was a good set.

5. Lavender Country – Lavender Country
Now this a real oddity. An album completely devoid of any obvious connection to the time and place it was recorded in. This is country music from the year 1973, but it is also a jolly and very gay album – and proud of it! As far as I know nothing else like this exists; certainly not from that time period. Bandleader Patrick Haggerty basically quit the music scene right after releasing this as his only album and wouldn’t give us something new until 2000, right after this album had been rediscovered by people interested in queer history in music. How is the album itself? It took me a couple of songs to get used to it (I hadn’t done a bit of research about it, so I didn’t know what to expect). I actually thought for a second the first track was a sarcastic putdown of homosexuality. But it wasn’t and eventually I was able to get into the good spirits of Lavender Country. Not a record I will probably revisit much, but a nice discovery regardless.

4. The Pixies – Trompe le Mondo
An essential Pixies album? Undecided. A good one? Definitely. I feel there is less to say about this one than the preceding albums, like it is simpler and more straightforward. Just a good rocker that gets rough at the right times.

3. The Moody Blues – Days of Future Passed
Fun trivia: this was the first album I ever listened to on Spotify! Why? Because I had just discovered the utterly romantic Nights in White Satin, which is boringly called The Night on the album for some reason. Oddly, I never listened to the album again. It was certainly not that I didn’t like it, because I do. It just didn’t happen. What we have here is a band discovering pop could possibly be inspired by classical music and the results are suitably Romantic (yes, as the art period of the 19th century, not as in lovestruck).

2. The Knife – Deep Cuts
Once again, let’s start of with a clear statement: Pass This On is the best Knife track ever.
So, now we have got that out of the way and everybody agrees we can move onto what else is on this album. Like Heartbeats, a very good song that somehow has overshadow Pass This On – the Objectively Best Knife Song -, because people are mad. There are a lot of good tracks with a tropical atmosphere. Little darkness here yet and the electronics are not as heavy as in the later works. I’m actually surprised this isn’t as acclaimed as other Knife albums. Sure, two or three songs fail to lift off, but there is much greatness to be found among these deep cuts.

1. 2 Many DJ’s – As Heard on Radio Soulwax Pt. 2
Goodness, it’s nice to be reminded how great mash-ups can be. And although this album is divided into songs, it sounds just like one big mashed up track. It took too many DJ’s to pull this off, but it is a damn electrifying collection of rhythms, beats and riffs, many of which make unlikely partners at first, but fit each other like a glove. A love letter to music and it is especially great these guys went everywhere for inspiration: classic rock, pop hits, dance favourites, hip-hop greats and underground sounds.

I need to stop cutting it so close...

1. The Moody Blues - Days of Future Passed vs. Pixies - Trompe le Monde
2. 2 Many DJ's - As Heard on Radio Soulwax Pt. 2 vs. Rufus Wainwright - Want One
3. Melody's Echo Chamber - Melody's Echo Chamber vs. The Knife - Deep Cuts
4. Lavender Country - Lavender Country vs. Songs: Ohia - Didn't it Rain
"Music is powerful, man. It speaks to a primal pit in our brains. It makes anyone want to get up and get their knees going!"
— Jake the Dog
Top

Disappointed that the Moody Blues lost. But since I didn't expect the match to be remotely close (it was the Pixies, after all), I can take some consolation in how close they came to actually winning...
Top
Post Reply
21 posts • Page 1 of 1