Here we are! This is the pinnacle of about ten months of planning and proposals.

Anyway, thank you for making this tournament so successfull!

RULES:
[*]Vote one song per pairing
[*]One point per vote
[*]Win or go home!
[*]Comments enouraged but not required
[*]If there is a tie, a sudden-death tiebreaker will follow

Without further ado, here are your finalists... 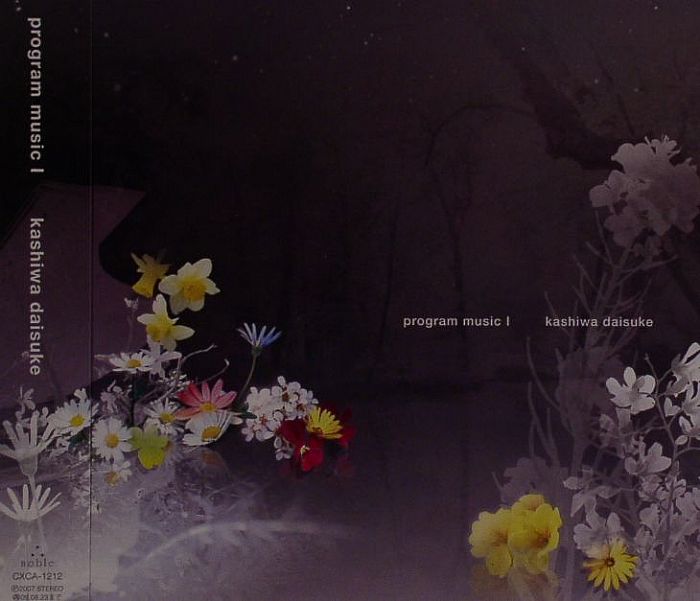 "Stella" has been loved by many, but the polls don't seem to reflect this. It's won, but by smaller margins than expected. This is a case of underperformance, even if it did make the final. 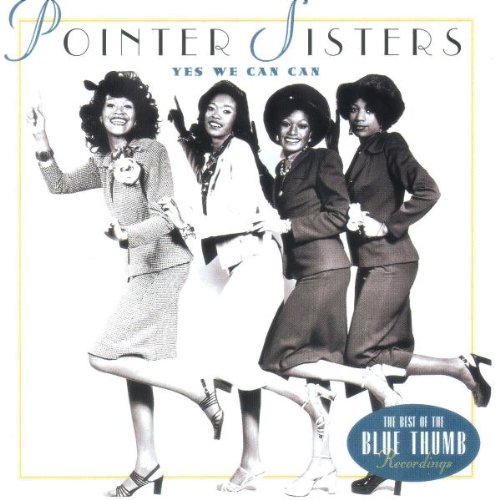 The Pointer Sisters-Going Down Slowly

Now THIS is a powerhouse. Pointers never trailed the entire tournament. This showstopping song seems poised to take it all. But can it math "Stella"'s star-power and verbal support?

Let's do what Unacclaimed 1.0 never could: Declare a consensus winner! I searched Old and New Forums, and it seems the championship results have been lost to history, though most accept "Sinnerman" as the victor. Oh, well.

Who wins this one? Who cares! We all had fun! So get your votes out and may the best song win.
" Ah, yes! Our meager restitution"
Top

I'll get the ball rolling.

I vote for "Stella."
I just wanted to be one of those ghosts
You thought that you could forget
And then I haunt you via the rear view mirror
On a long drive from the back seat...
Top

Well, we can't have anyone get off to an early lead... My vote goes to the good Sisters

I prefer the Pointer Sisters in this match up.
Top

After Moonbeam initiated the idea, I explored many individual all-time songs lists and discovered new favorites in every single one of them, but sonofsamiam's had the most outstanding discoveries for me, so I'm not at all surprised that his nominations made it all the way to the final. However, for me, it's now no contest. "Stella" has earned a place in my personal top 100 songs and I feel privileged to vote for it. Whichever wins, congratulations, sonofsamiam, for a remarkable accomplishment!
Top

I just want to make it clear because we will be here awhile. I said I'd analyze the whole piee bit by bit, to tell you why it's so good, so get ready...

Apparently, it's based on a novel I never read. I don't know the context, so I'll just share my personal experience with it.

We start with plinking piano notes. I wouldn't be surprised if MBDTF or The Seer were influenced by this one piee, beause I can certainly hear both Kanye and Swans.

It may seem tempting to quit the song after the first three minutes, but though slow to start, it does get better.

Train sounds are a heavy motif throughout the piece, there is always a train running. I think if I read the book, I'd understand the message clearer, but as it stands, it's just a cool effect and actually works in the song's favor.

When the acoustic guitar and cello kick in, it's enough to move a grown man to tears. Overpowering strings send us in a whirl of emotion. It seems the piece changes moods every three minutes, keeping its entire runtime fresh. When the violin hits, emotions run even further. My knees buckled here. When I heard this moment, I knew who'd win Unacclaimed!

Calm after chaos returns next. There is static and distortion, again adding to the modernity and otherworldly nature of "Stella", making it all the more interesting. This part of the piece is soaring, not depressing, as we are transported to another realm.

Electric guitars and woodwinds jolt us into spirit. A wild dance, led by a speedy fiddle, follows as we get up and move to the sound of the fiddle. This is my favorite part of the whole song as it makes me feel the happiest.

Next is another cooldown. I feel like I'm walking through a rainforest with this part. The choir is the bit I associate most with the song. Though I like the fiddle, I feel like this bit was enough to get it through most matchups.

Cue static again. This time, the pauses provide a sense of tension. You keep listening to see where it's gonna go, because you know you'll go somewhere.

Mood Whiplash! The Staccato strings give a menacing aura, as the orchestra rises like a volcano. It feels like you're preparing for war, and the wardrums in the background only make it more apparent.

The next movement with the strings could be that war. At least, it feels like horseback riding through the plains at top speeds. It's an uplifting part of a piece that cascades and dips like a roller coaster.

I don't know about you, but I faintly heard the title uttered amongst the distorted almost vocals. Throughout the piece, there was stuff that sounded almost like words but was barely unintelligible. But I think I heard "Stella" here.

The piece is bookended with the same plinking as before, bringing the piece full circle and giving a calming release from the great piece. A bass plays chords faintly also to give pulses that lull you into a sense of security and completeness.

"Stella" is nothing short of a masterpiece. It seamlessly combines classical and contemporary to make a fantastic potpourri for the ears! It's based on a novel, but sounds like the soundtrack to a great movie. 5/5, check it out.
---
Plus, the Pointers had it pretty easy on their side of the bracket. The only time I was ever inclined to vote against them was in the semis with "Why we Build the Wall". So this was kind of an easy pick.

"Stella" is easily Top 100 after the tournament, maybe Top 50 if it's lucky. I am honored to declare it my pick.
" Ah, yes! Our meager restitution"
Top

Kashiwa Daisuke - Stella (2007) vs. The Pointer Sisters - Going Down Slowly (1975)
Like in semifinals (I would have voted to Satie instead Daisuke), the final match-up ended being much easier that it could have been. I probably have voted for Anaïs Mitchell if she had faced Kashiwa Daisuke. But that was finally not the case. I'm not complaining at all, we have a fantastic (and deserved) sonofsamiam final. But I got no doubt. "Stella" is my girl. Sorry, sisters…
Top

And I finally read Night on the Galactic Railroad, the book that inspired the piece.

Yeah, it all makes sense, doesn't it?

An English translation can be found here.

There is also an anime, but I don't have links right now.
" Ah, yes! Our meager restitution"
Top

I knew right when I saw Stella's name in the nominations list that it would take home the prize in the end. Even though it seems a little predetermined, I'm still going to cast my vote for it. Not that the Pointer Sisters' song isn't amazing in its own way - it's an explosive seven minute baptism-by-funk - but it quite compare to the song that brought me to tears on my very first listen around this time last year.

P.S. although I love Stella, it did knock out my favorite discovery of the whole tournament (Bird Balloons) in the second round, a song it very easily could have faced in the finals otherwise.
Top

And while I love "Going Down Slowly", it can't top the masterwork that is "Stella".
Top

It's very difficult... one song so good I have to buy the CD just after the two or three first listen and another song so good and yet, not even the best song of the album for me.

My vote go to... The pointer Sisters.
Top

There has been a lull, so I just want to remind everyone every vote counts.
" Ah, yes! Our meager restitution"
Top

Ugh, this is really making question my musical philosophy here.

"Stella" is like nothing I've heard before. And that's the problem. I know absolutely nothing about music of this style, and it makes me feel like "Stella" is just a novelty.Which is an unfair way for me to describe such an obviously beautiful and intricate piece, but it's not really a thing that I can totally wrap my head around. Whuntva's write-up really did help me appreciate it more, though.

Usually, a song that can make me groove is more immediately affecting than a more emotional piece, especially one that complex. The Pointer Sisters grabbed my attention from the start, and if I were to make a song list right now with these two in it, the Pointers would probably take the higher spot.

But then when listening to "Going Down Slowly" directly after "Stella", it feels like it's lost some of the ass-moving power that I remember it having...

Yeah, that settles it.

My vote for the winner of Unacclaimed 2.0 goes to Kashiwa Daisuke-Stella.
Splish splash, I was raking in the cash
Top

This has been an excellent and very enjoyable tournament, and the Pointer Sisters song was a revelation, but my favourite of all the 64 songs is now

Whuntva, thank you for moderating this great tournament!!!

five and a half hour warning! Last call for the poll!!

...though if you were paying attention, the winner seems pretty apparent at this rate.
" Ah, yes! Our meager restitution"
Top

Alright. For the final time...

Really, was there ever any doubt? I may have exaggerated its performance in bracket play honestly.

In the end, it wasn't even close, "Stella" led 3-2 early and never trailed, finally bringing Pointer Sisters down to Earth.

This ends Unacclaimed 2.0. Daisuke can rest on his laurels for now. I will discuss the future of Unacclaimed soon, but for now, bask in this victory "Stella" and Sonofsamiam. You earned it!
" Ah, yes! Our meager restitution"
Top

Barring my own nomination Bird Balloons Stella was my favorite since round 1, so no complaints here.

Fantastic game, whuntva, I enjoyed it a lot. Many thanks to you (sorry for the nitpicking) and to the ones who nominated songs (especially to sonofsamiam). Count on me for the next edition.
Top
Post Reply
22 posts • Page 1 of 1