These are the best of the best. The songs that were dominant throughout. Only one did not win the group, and still it was more dominant than most other songs here in group play.

This is gonna be good!

RULES:
[*]One song per pairing
[*]Votes are worth only one point
[*]Single-elimination. A song loses one game, it is out!
[*]Comments strongly encouraged, but not required.
[*]In the event of a tie, I will whine about it on this topic until the swing vote comes in.

Happy voting and may the odds be ever in your favor!
" Ah, yes! Our meager restitution"
Top

To vary things up, I'm ranking the songs this week!

There were about ten songs from the current decade this tourney, meaning they didn't exist or were practically unheard of during 1.0. "Exile (Vilify)" is the newest remaining song, facing the oldest song in the whole tournament.

But, this was my pick. I saw it was eligible, and decided to start a new Unaclaimed based on te fat my favorite song by The National was unacclaimed. It's probably going to get steamrolled this game, but at least one vote will come from me!

There is ONE song I'd vote over it, however...

"Stella" is a flippin' masterpiece. No argument there. If it makes the final, I will analyze every second of its 36-minute runtime.

Owen has been solid throughout the tournament, but it's ice meets fire, and "Stella"'s fire burns on through!

Sorry, Triffids. I had the advantage of familiarity with you, but the buck really does stop here. The OTHER juggernaut is unbeatable in this part of the bracket. I couldn't choose between Pointers and Roy Harper, but these next two games will be no decision. Pointers win easily.

Anais was a paradigm shift this tournament. I loved the entire Hadestown album. This song carried the tournament on its side, and she even upset the great Django Reinhardt! I cannot vote against her here. REM being REM is a tough challenge, always, but Anais is strong. Welome to the Final Four, you deserve it!
" Ah, yes! Our meager restitution"
Top

The National - Exile (Vilify) (2) vs. Erik Satie - Gymnopedie 1 (4)
The toughest match-up of the week by a long long margin, I'm only giving it to The National because of how much it has grown on me over the course of Unacclaimed, while Satie has more or less coasted on its initial impression (though it is still easily one of the top 5 songs of the tournament)

Kashiwa Daisuke - Stella (3) vs. Final Fantasy (Owen Pallett) - The CN Tower Belongs to the Dead (8)
I really don't hate "CN Tower", it just inspires more apathy in me than a nominee for this game ever should, let alone a Quarter-Finalist... Plus "Stella" is pretty mind-boggling and remains more engaging than a half hour song ever should

Triffids - Red Pony (7) vs. The Pointer Sisters - Going Down Slowly (1)
Easiest pick of the week (and that's even considering how little I care for the Pallett track), if there is any justice in the world, this'll waltz on to the finals without much trouble.

Anais Mitchell feat. Greg Brown - Why we Build the Wall (6) vs. REM - Carnival of Sorts (Box Cars) (5)
This one is also pretty close, but I have a sneaking suspicion Anais will get a lot of love, so I'll help Stipe & Co out

The National-Exile (Vilify) vs. Erik Satie-Gymnopedie 1
"Exile (Vilify)" is probably my favorite song left in the tournament (thanks whuntva for nominating it).

Triffids-Red Pony vs. The Pointer Sisters-Going Down Slowly
"Red Pony" is the only song left in the tournament that seems out of its depth to me. The Triffids should feel lucky just to be here.


whuntva wrote:In the event of a tie, I will whine about it on this topic until the swing vote comes in.

Thanks for hosting, by the way!
I just wanted to be one of those ghosts
You thought that you could forget
And then I haunt you via the rear view mirror
On a long drive from the back seat...
Top

To be clear, for me, except one song, the seventh other are all great and deserve to win. Whatever the winner will be, congrats to the participant for proposing such great songs.

Erik Satie - Gymnopedie 1
It's unfair because the Gymnopedies from Satie are some of the cutest piece of music of the history (my favorite is the third). To the end, I will vote for Satie.

Final Fantasy (Owen Pallett) - The CN Tower Belongs to the Dead
Two of the best discoveries of the games, but this one have something more.

Triffids - Red Pony
An immediate love for the song in the first listening.

Anais Mitchell feat. Greg Brown-Why we Build the Wall
Easy, one of the best four discovery vs the only song I don't like here.
Top

This tournament is already successful for me: I had hoped for that both my nominations would make it to the quarter finals, and ... they did! Now, the rest is bonus.

Wow, there are so many treasures amongst the unacclaimed.
Top

I've been warming up to "Exile" over the weeks, and pure piano pieces aren't really my thing.

"Stella" is certainly the most interesting recording I've heard, but the Pallett track has grown on me more than I thought it would, and it's a bit more of what I want from a song. Still, "CN Tower" just barely falls short of affecting me enough to declare it the victor, allowing me to give Kashiwa Daisuke's 36-minute ocean of sound the praise it deserves.

vs. The Pointer Sisters-Going Down Slowly

"Red Pony" feels kinda insignificant here. "Going Down Slowly", on the other hand, is funky fun enough to make it all the way.

Anais Mitchell feat. Greg Brown-Why we Build the Wall vs.

Now, it feels weird to think I put the Mitchell track at #3 during the group stage... granted, it was up against my all-time #3 and "Stella", but I still feel I may have treated it a tad unfairly then. The R.E.M. track is great, as expected from R.E.M., but they have better... still, I should judge the songs by their individual merits. Eh, Mithcell still takes it.
Splish splash, I was raking in the cash
Top

I don't have much to say that I haven't said before, except that I like every song here very much, but still no decision was hard.
Top

No comments, cover arts instead: 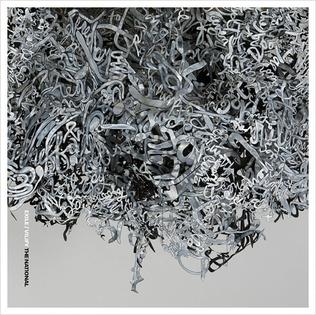 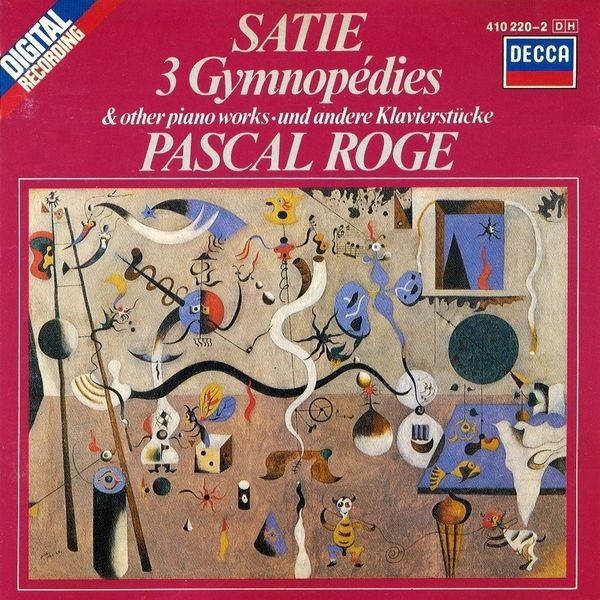 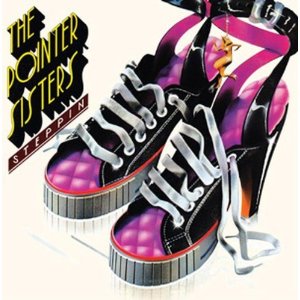 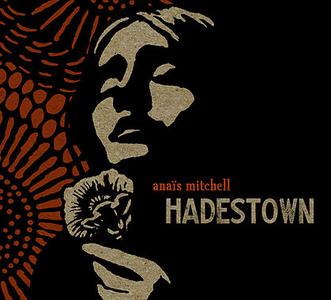 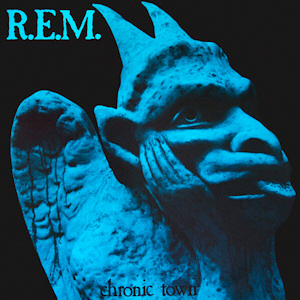 If I were to have handicapped this, I think my top 4 would have been the first 2 brackets. Any of those 4 could win this IMO, very rough draws...

The rankings below are my own.

Easy choice, the original minimalist's masterpiece over a group whose acclaim baffles me (though that is my favorite song of theirs).

Really nasty draw for Stella, which was one of my noms. I really like Owen Pallett, but he ran into a buzzsaw here (for me -- we'll see about the overall vote). In a way, these 2 matches are a referendum on indie vs. classical/experimentalism...

My other nom wins easily.

Not as close as my ratings seem to indicate -- the top 5 this week crush the rest.
Top

I would just like to remind everyone there is still time to vote.

In the US, we even got an extra hour, so there are ELEVEN hours remaining.

A lot of the usual suspects voted early, but if you haven't, you still have plenty of time!
" Ah, yes! Our meager restitution"
Top

Mmm, I was waiting for a semifinals with a classical bracket and a female bracket. Probably we will have this female bracket but it seems we won't have the classical one. I'm not counting the votes but on a quick look it seems that Satie won't pass to the semifinals...
Top

This is about the only time the time change has been disorienting for me. Apparently, UTC-5 is still 7:59 in my area. Oh well.

Yes, you are reading this correctly. The highest scoring song of the group stage has finally lost!

National led 5-1 early, and even though Satie went 7-5 down the stretch, it was not to be.

Ten is once again the magic number, as two close matchups were decided when the first song crossed ten.

I'm thinking of having a signature soon. It will either be a line from this song or a Night Vale quote. I haven't decided yet.

An identical score to the above, but a somewhat different story. Owen led 6-4, but Stella came back.

The classical piece continues to be a favorite, but no victory for "Stella" has been easy. It won by a mere five total points in group stage, was tied with Lady Lamb at five, trailed Tammi by one, and here trailed by as many as two.

In spite of all that, the song is still riding high into the final.

This was tied 3-3 on Tuesday, but Pointers got a fairly easy victory here.

Sonofsamiam should be barred from submitting in these sorts of games (just kidding, dude. You're great). But seriously, he knows how to pick them!

The most one-sided match of the week. Anais never trailed, and REM scored three of its points in one day. Anais is the only runner-up to go this far, so remember a Plant Group rematch is within the realm of possibility.

Next is the Final Four! Choose wisely as these will be the most difficult picks of the tourney.
" Ah, yes! Our meager restitution"
Top
Post Reply
22 posts • Page 1 of 1