Re: Lists that haven't been decided if they will be included on AM

Can anyone post this list? I can't find it on the internet anywhere. All I know is that U2's Miami and R.E.M.'s Shiny Happy People are on the list (although they shouldn't be.)

Re: How Will You Rank Radiohead's Albums?

No. 1 on the overall albums list, Pet Sounds, is 50 years old today!

Re: Radiohead's "A Moon Shaped Pool"

It's my second AOTY behind Blackstar thus far (and likely altogether).

Lack of Radiohead perhaps a bit suspicious (considering we have Automatic for the People), Velvet Underground also, but not Kanye, whose first album was only two months old at the time (not that that stopped the six month old Country Life from getting to #22, but there's no hip hop in this list at a...

Elaborating on my two choices, A Whisky Kiss was called groundbreaking by The Living Tradition for its own "acid croft" kinda thing going on, whilst EastWind's combination of Irish and Bulgarian folk was "considered revolutionary" (- Wiki) As for my namesake of Stump, I've seen Quirk Out named "the ... 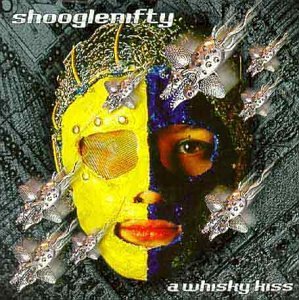 Is this proof that Devonians and Radio 2 are the same thing? Anyway, this was a BBC Radio Devon poll from April 2004 that asked the folk (folk, get it?) of Devon to name their all time favourite albums for a top 50 poll. This was that poll. Show of Hands' Country Life at no. 22 is a great touch that...

Tucked away on Pitchfork are numerous lists such as "The Worst Record Covers of All Time" and (formerly) "The Top 50 Most Common Used CDs", however this feature from 2010 is literally a list of lists concerning 90s stuff, mostly trivial and irrelevant stuff. However I don't know if these ones I'm pu...

I don't know, he didn't clarify.

FTR, Twist and Crawl would be in my top 10 my list of the best basslines ever.

http://rockcriticsarchives.com/interviews/robertchristgau/05.html Robert Christgau himself has written his own lists of the best albums from such and such. This is a 2002 article [i think its 2002, judging by how the link at the bottom to 'part 1' of the feature on Christgau dates it as such] and it...

For FreakyTrigger, Tom Ewing (FreakyTrigger founder, written for others such as Pitchfork) wrote a list of his top 100 singles of the 1990s. This was in 1999. IIRC (from a blogpost that Ned Raggett wrote), this list was a partner with Ned Raggett's top 136 albums of the 90s - Ned did the album list ...

Hi, I'm Lee and I'm new here. I'm not sure if this is eligible, because he didn't actually post it properly on a website, in a book or such, but rather in the forums of ilxor as a reply to a thread about Ned's 136 best of the 90s. In the thread he says he stopped writing for Pitchfork when they were...
Search found 23 matches • Page 1 of 1